On August 17 Indonesia celebrates Independence Day. Many Indonesians see this day as a symbol of the freedom they have achieved at the expense of the Dutch colonists. How does the commemoration live on in the collective memory of the Indonesians? With this screening CinemAsia wants to pay attention to Indonesian view on this subject. The Indonesian box office hit Hati Merdeka (Hearts of Freedom) follows a group of Indonesian resistance fighters who take on the DST, the Depot Speciale Troepen (Special Forces Unit) run by the infamous Dutch commander Raymond Westerling. After the screening there is a talkshow with Ad van Liempt and Maarten Hidskes, two specialists in this field. 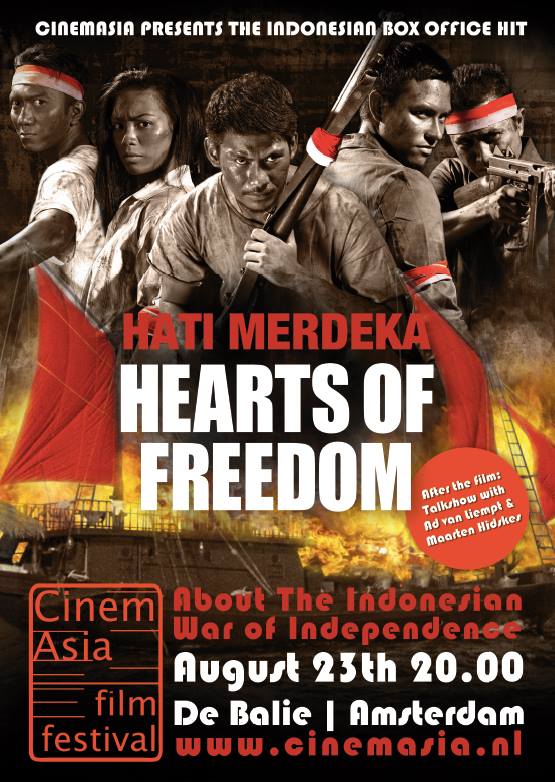